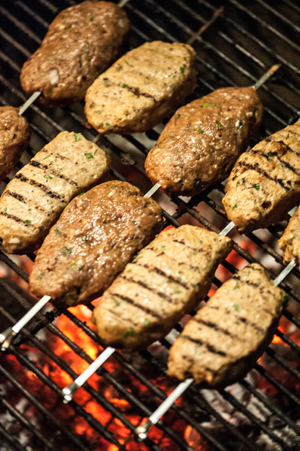 Before there were meat grinders, Turkish cooks would finely chop meat into tiny cubes and use their hands (or a mortar and pestle), to massage and mash meat with spices, herbs, and rice, or another starch (bulgur wheat | lentil | bread crumbs), making a sticky meat paste. Then they’d form the meat into long cigar-shaped cylinders, placing them onto a skewer

, then onto a hot fire or grill. This what I want to share with you, is köfte, a meatball-like kebab. This recipe makes a Turkish Style Chicken & Turkey Köfte with IPA.

Lamb (Turkish Lamb Köfte with Stout) is the most common type of köfte, but that isn’t to say that other meats can’t be used to make this Middle Eastern dish. When substituting poultry, blending equal parts ground chicken and turkey helps keep the kebabs moist and flavorful. If possible, ask your butcher to grind you chicken and turkey thigh meat, as it is richer in flavor and has a higher fat content, to guarantee a delicious result. Herbs are added to accentuate the herbal flavors in an APA | IPA | DIPA, that is infused into the poultry meat. This cooking with beer trick adds more moisture to the meat, helps flavor it, like a marinade, all as the alcohol helps tenderize the ground meat.

In my research, köfte is different than Classic Meatballs or a Greek Homemade Gyro Meat, yet uses a unique culinary technique, that helped me formulate the later recipe.  Not just grinding the meat, but mixing it with salt, helps break down some of the muscle further, making the protein sticky or in food science-speak, denaturing the protein, so that the meat binds together. This meat glue also gives the final köfte texture, making it different than an American-style meatloaf. Similar ingredients, different culinary techniques, and seasonings.

Some recipes use starches, like bread crumbs or bulgur, that act much like a panade when mixed with a liquid. As lamb inherently has more fat than poultry, something else is needed to bind or hold on to the rendered fat, helping make the Chicken & Turkey Köfte with IPA moist and juicy, while still being tender and succulent.

When choosing a beer to cook with, a citrus-forward APA | IPA | DIPA is preferred. This recipe doesn’t reduce the beer, breaking the balance of flavors and resulting in an unpalatable flavoring. There are many reasons why it isn’t a good idea to cook with an IPA or other beer styles with a high IBU (International Bittering Unit) and | or heavily hopped. This refers to all beer styles that have been brewed with a lot of hops in the kettle or after the boil | whirlpool and added during fermentation, also called Dry Hopping.  This was an eye-opening Beer Cuisine understanding, learning how to cook with beer versus just adding any beer style to any dish. With the lamb version, I use a stout to add richness, that roast essence, with notes and nods to Turkish coffee. This Köfte recipe benefits from a hoppy brew, that brings just enough of the citrus touch, with some herb perfume, while mitigating the bitterness. Onion and garlic are also added, not just for flavor, but for some sweetness to counteract any potential hop bitterness. 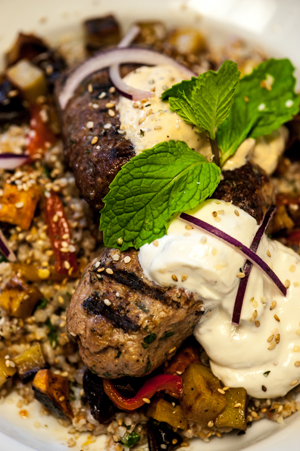 This Chicken & Turkey Köfte with IPA can be served with many different side dishes, such as Hoppy Tabbouleh, with a side of Beer Hummus, Baba Ghanoush, Middle Eastern Cucumber Salad, Za’atar Roasted Eggplant and used with a Homemade Pita Beer Bread to make a Turkish sandwich or serve with Turkish Lamb Köfte with Stout, to make a Middle Eastern mixed grill, adding some Malt Pickled Red Onions, serving with some delicious garlicky Toum sauce, Tangerine IPA Yogurt Sauce or Pomegranate Rose Stout Yogurt Sauce. Try adding köfte to some mixed greens, grilled vegetables coated in Homemade Za’atar, and drizzled with Tahini Orange Brown Ale Sauce for a Summer meal, keeping the heat outdoors.

Enjoy and remember to Eat Beer! 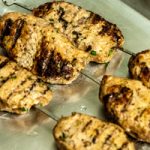 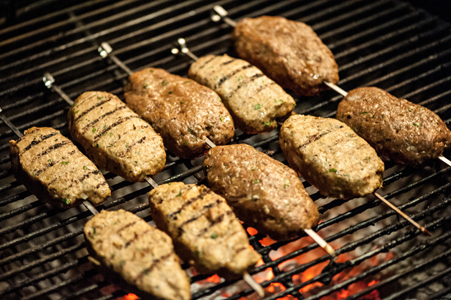 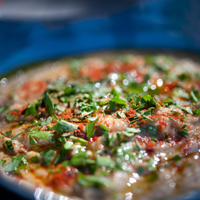 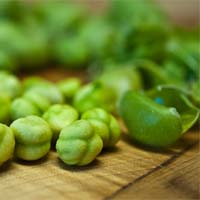 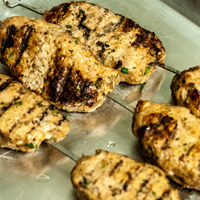 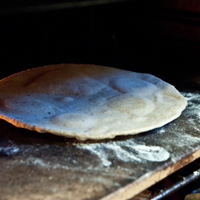 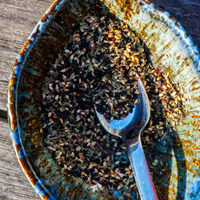 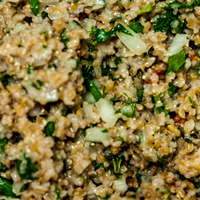 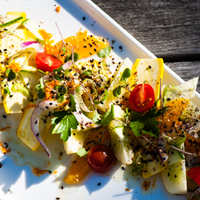 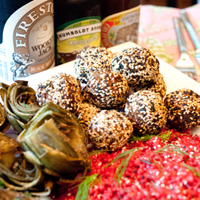 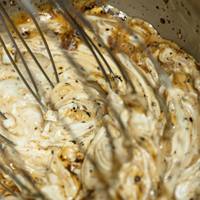 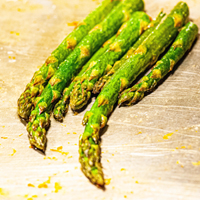 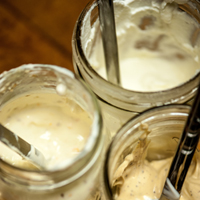 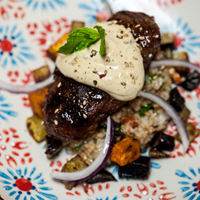 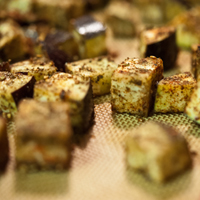