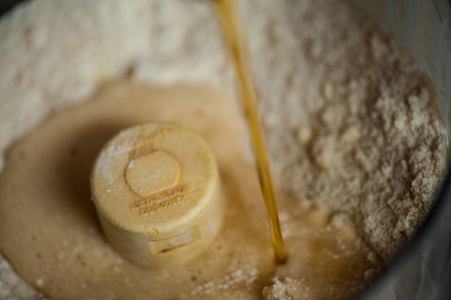 Originating in Britain, the Cornish Pasty is a hand pie, usually savory, with a sturdy dough enclosing a filling of steak, potatoes, carrots, onions, and seasonings. These pasties were designed to be a full meal that would hold up in a workman’s pocket until lunch without any protection other than the crust. Cornish Pasties also differ from other hand pies like calzones or empanadas in the fact that the raw filling cooks while the pastry itself cooks, sealing all of the flavors and nutrients inside an edible wrapper.  This also differentiates this Cornish Pasty Dough from other dough recipes.

This dough recipe creates a sturdy crust that will hold the filling together while baking and provide a flaky texture to the outside of the hand pie. Bread flour increases the gluten to create a more durable crust, while barley flour adds flavor and some texture. For a more tender chew, use a lower protein pastry flour.

Filling options start with From the Garden Pasty Filling for a vegetarian version of a Cornish Pasty.  Lamb Cornish Pasty Filling plays with the idea of steak, being just as meaty, with a richer flavor. Another option is  a fusion flavored pasty, using pork and the flavors of the South West | Tex Mex to make a unique cross the pond hand pie; Southwestern Pork Pasty Filling. These are just a few of the possibilities for a Cornish Pasty.  Try other Sweet Fillings or Savory Fillings to make your own creation.

To seal these Cornish Pasties and give them a wonderful browned sheen, they are brushed with Egg Wash.  This helps seal the Cornish Pasty Dough tight, holding all the juices and filling in the hand pie, while also creating a wonderful crust to the pasty. 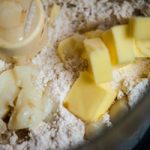 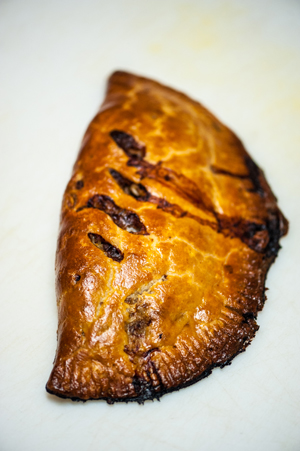 Note: To make a vegetarian | vegan version of this crust, substitute vegetable shortening for the fat or lard. 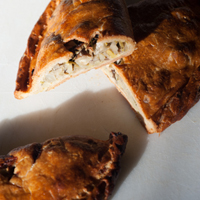 From the Garden Pasty Filling 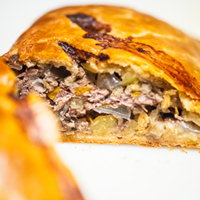 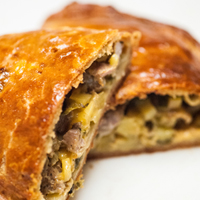