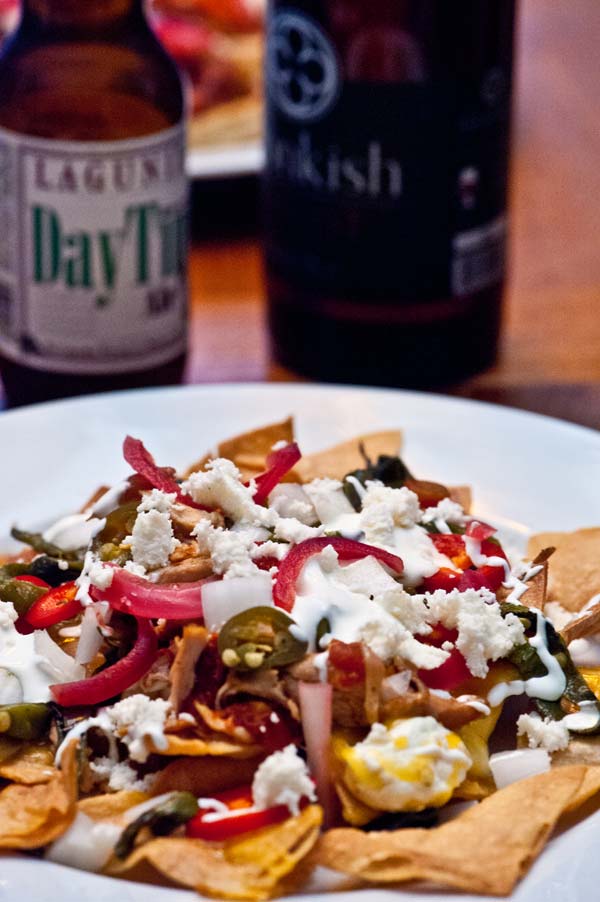 If you love nachos, I’d suggest trying this recipe.  Whether you have any left over Mexican Style Beer Stewed Chicken or you make a fresh batch just for these nachos, the results are amazing. Nachos with Mexican Style Beer Stewed Chicken is layers and layers of flavor.  To build off the shredded chicken, Malt Pickled Onions add a bright acid, to cut the richness of the melted cheeses, along with pickled jalapeno peppers, bringing some spice and heat.  A rich Avocado Cilantro IPA Aioli adds an herbaceous balance, along with an IPA Sour Cream Sauce bringing tang and bitterness, while Eat Beer Hot Sauce | Nor Cal Mole brings more heat and Mexican Umami.

This easy recipe will reward your audience with a tasty appetizer, afternoon snack with some cold brews or become a game menu staple.

Another version of nachoes can be found here: Four Ale Nacho recipe. 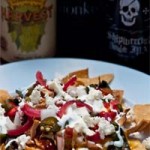 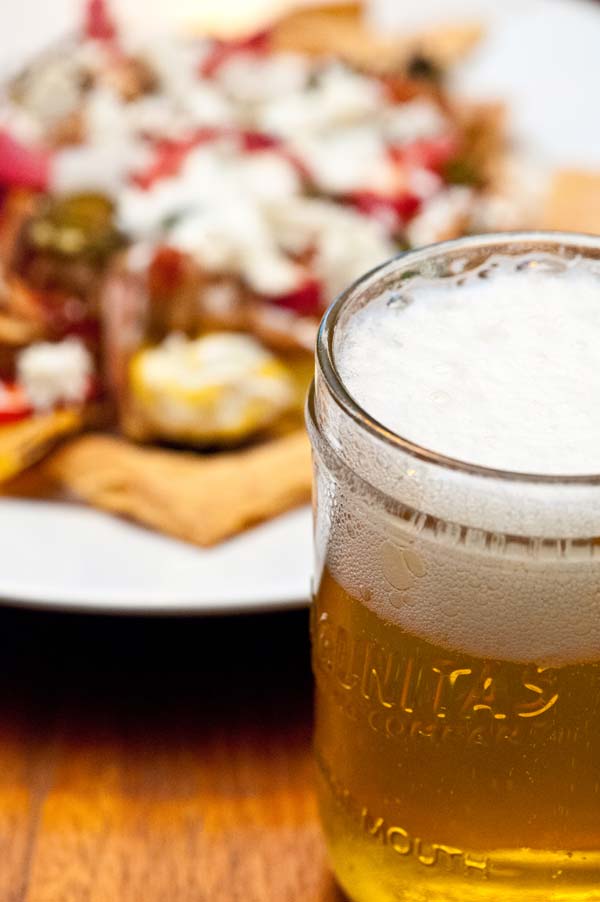