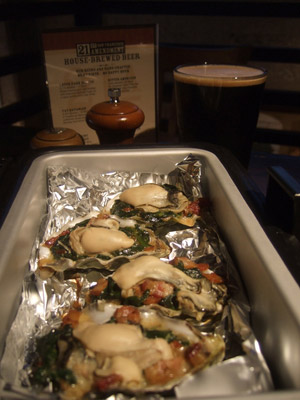 Eating good food on the road can be challenging. Oftentimes we’re drawn to those stops right off the freeway, with little time to search out the local favorite. Between fast food and chain restaurants, we find ourselves stuck choosing between a bad burger or a greasy taco. Instead, I decided to dine in, in my car, and created Golden Gate Oysters – Baked Oysters on a bed of Spinach | Bacon | Fennel | Stout Cream Sauce that was cooking as I was driving and done when I got to my first destination. Let me fill you in on the story!

On a recent trip, I found myself walking into a truck stop—one with a huge travel center attached to the mini-mart. Cruising the aisles, I found 12-volt heaven tucked between tortilla chips and CB radios! This is where I discovered cooking appliances that simply plug straight into the car’s cigarette lighter (12 volts): popcorn makers, skillets, pizza ovens, portable refrigerators, Crock-pots, and the holy grail, the 12 Volt Lunch Box Stove

So, when we talk about cooking on the road, gone are the days of aluminum foil wrapped hot dogs cooked directly on the engine block. With this portable stove, a little imagination and forethought, you can enjoy great bière cuisine | cooking with beer on the road for that summer vacation, a day trip to the beach, or a day-long pub crawl with friends.

This month I took the opportunity to fire up my portable stove and visit four Northern California breweries and pubs. For each stop, I created a recipe that would pair nicely with the beers on tap and sat down to visit with the head brewers.

First Stop: 21st Amendment Brewery and Restaurant in San Francisco. I showed up with my hot box and sat down to meet with brewmaster Shaun O’Sullivan. Lifting the lid, an incredible aroma filled the table. Golden Gate Oysters – Baked Oysters on a bed of Spinach | Bacon | Fennel | Stout Cream Sauce quaffed around us. Shaun poured some of his annual Oyster Stout and we started slurping down the bivalves. “This just adds another facet to the food, beer, culinary enjoyment, and the idea that you can drive somewhere on a pub crawl and throw something together in that little oven and enjoy it upon arriving at your destination is another great opportunity to enjoy great food and beer.” As he tasted the baked oysters, Shaun said smiling, “I thought there were sweet and creamy elements of the oysters that went really well with the subtle roasty, slightly salty quality of the Oyster Stout.”

Learn how to shuck an oyster with this video 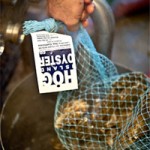 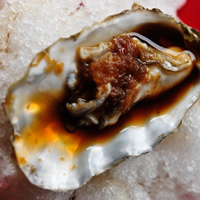 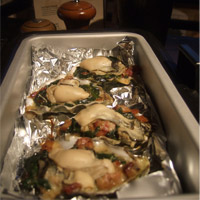 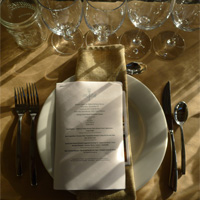 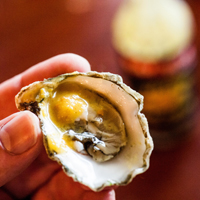 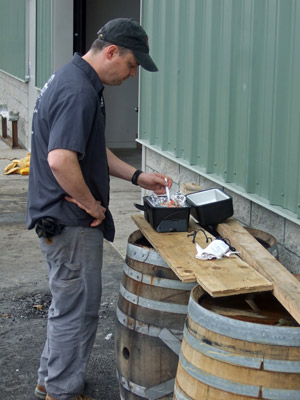