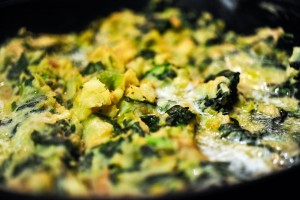 Colcannon is a classic Irish potato side dish that is a favorite around St. Patrick’s Day. This version has been modified to be vegan.  Traditionally this recipe is made with cabbage, that is sautéed and folded into the mash potatoes and then broiled to create a golden brown crust. Since the flavor of cooked cabbage will increase the perception of DMS (Dimethyl Sulfide) in the beer pairing, I use kale to avoid this issue. 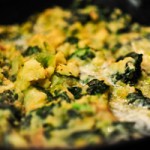 Alternatively, this dish can be made with parsnips instead of potatoes, and leeks as a substitute for the onions.