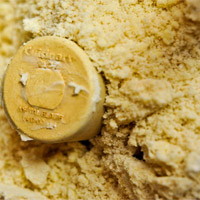 This recipe uses the technique and science behind the Bourbon Pie Crust, while also using different flours and other no as commonly found in pie crust ingredients.  Most pie crusts us an all-purpose flour.  While there is nothing wrong with this ingredient, thinking about a pie crust as a vessel, as a shell, to hold a filling, savory or sweet.  A quiche is something that can have a rich custard base, filled with vegetables, cheeses, meats and other delicious ingredient combinations.  The crust not only aides to the architecture in the ability to seal the filling from the pan, leakage and a way to remove it safely from that pan, it adds flavor, texture and a contrast with it’s crisp buttery crunch.  This Bourbon Barley Pie Crust is a heftier pie crust.

The use of barley flour is not new.  When we look at availability of ingredients, many used was was locally and seasonally available.  Barley flour is milled barley, usually raw from the fields, cleaned and having been de-husked.  The composition of barley and it’s vitamins, minerals and proteins differ from a standard all-purpose flour.  The inner husk adds bran to the flour, resulting in more soluble and insoluble fibers.  it is also lower on the glycemic index.  When added to baked goods, it brings a nut like attribute, while keeping a tender texture.  Adding barley flour to this Bourbon Pie Crust enhances the nuttiness of a nut pie.  Try it in my Bourbon Barrel Aged Imperial Stout Pecan Pie recipe.

If you are wanting most of these benefits, but wanting a less ‘whole wheat’ appearance, than try Pearl Barley Flour.  This polished barley has had most of it’s hull removed.  This is how it differs from just barley flour.

To make this pie crust come together, with out being too dry, not worrying about creating a tough crust, I use Bourbon instead of water.  Whether you use a high quality Bourbon Whiskey, a Whisky or a Scotch Whisky, they range from 40% ABV (80 Proof) and upwards, depending if they are cask strength or not, is up to you.  thinking about the ABV % or Proof is important for pie crust making as these brown spirits have less water and thereby more alcohol.  Using the same amount of Bourbon as you would water, is 40% less water… This is relevant as alcohol, when mixed with flour, does not create gluten.  And furthermore, that alcohol cooks out at the temperatures when you are pre-baking a pie crust.  All these advantages for using a Bourbon, including the flavor element, make a better pie crust.  Unlike water, If you add more bourbon, the pie dough is easier to work, roll out and form in a pie plate |tin, and the results are still better than water. 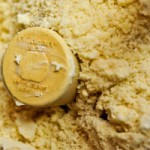 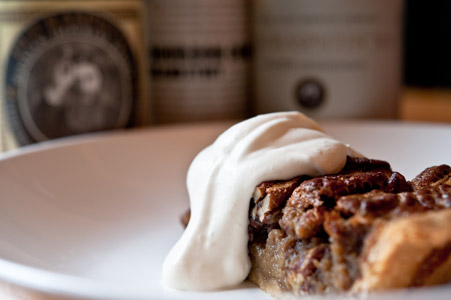 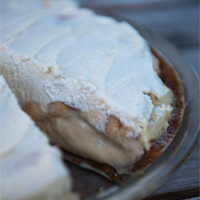 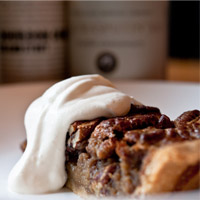 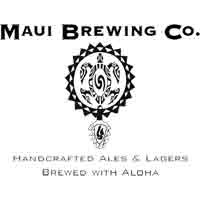 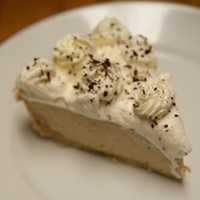 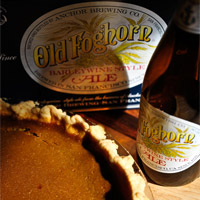 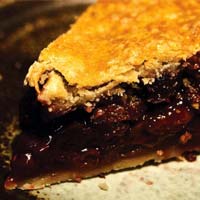